So, one of the things I like to do is travel……

…….and it’s something I try to do as often as possible, just to recharge my creative spirit. I have a few favorite haunts that I travel to, such as Morro Bay or Long Beach (both in California), and they have that vibe that resonates and makes me feel refreshed. But I often think about places that are further away, like Romania or Egypt or Greece. These places fire my imagination with their histories, their cultures, their mythologies.

I’m not suggesting that in order to write, you must travel and experience different lives and customs, but it helps. If traveling is not in your budget, then reading about your favorite countries and their people is a definite alternative, as is reading their literature and viewing their films and television shows. It’s not the same, sure, but it’s better than nothing. Who knows, you may end up being inspired to set a goal and put a budget aside for something as exciting and as different as travelling to another country.

In addition to the countries I named above, I’ve always wanted to travel to the countries my ancestors emigrated from (there are eleven, mostly north-western European/Scandinavian, but also from the British Isles). I want to breathe in the air that they grew up in, loved and lived in, to walk the streets they did. It’s a secret fantasy that I’ll find and connect with cousins several times removed. If it happens, no one will be more thrilled than I, but it’s not something I expect to occur.

In any case, the point of travel is to experience life in a place that is not familiar, to interact and learn what it is that is the same, as well as what is different. As an artist of any type, whether of the written word or of canvas or music, travel will enrich your soul and mind, which will then translate itself into whatever creative work you’re planning. Get a passport, even if it takes nine years for you to use it. Buy travel guides and maps and foreign language dictionaries of the countries that fascinate you the most.

Travelling is, when you do it, you leave pieces of yourself behind, but you also take pieces of what you encounter with you. 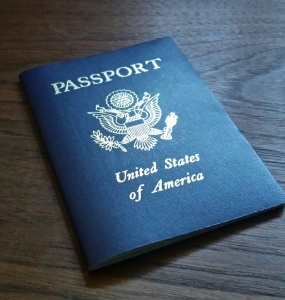